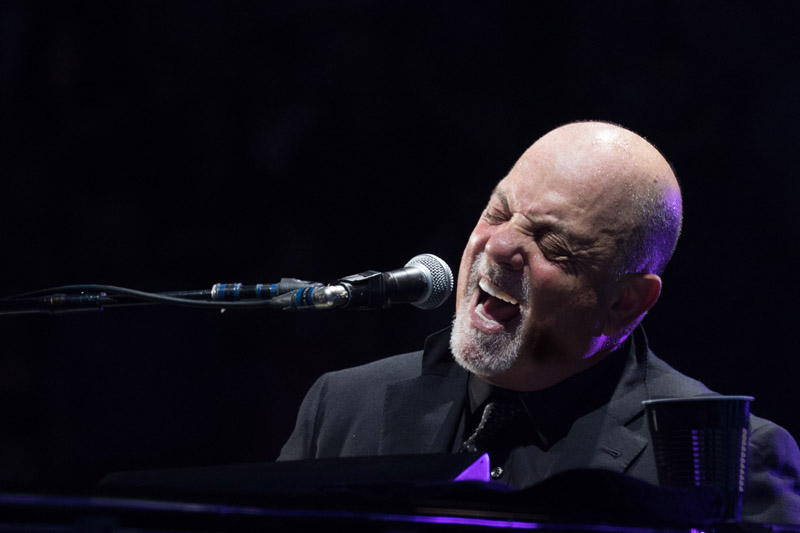 It felt like the first day of summer in New York City with temperatures soaring above 85 degrees. It was Fleet Week 2016 and it seemed like the entire U.S. Navy had stepped off the docks on Manhattan’s Westside. It also was the Friday of the Memorial Day holiday weekend, with Billy taking center stage for his record-breaking 75th concert at Madison Square Garden, “The World’s Most Famous Arena,” and we were feeling alright.

Billy opened his set with “Miami 2017” and powered into “Pressure.” His third song of the evening, “The Entertainer,” was dedicated to Republican candidate Donald Trump and the current election year circus. “The Donald” tweeted back on social media. When asked about it by TIME Magazine, Billy said, “I’m in the entertainment business. Donald Trump’s campaign has been very entertaining. Aside from that, who cares about the political opinions of a piano player?” “The Entertainer” lyrics are linked here for evaluation.

Billy and the band were joined on stage by U.S. servicemen and servicewomen for a performance of “Goodnight Saigon.” The “Fielder’s Choice” winners, voted by the audience, were “Vienna” and “Zanzibar.” We can’t think of a better way to kick off a holiday weekend evening in the city than with Billy Joel at The Garden. See you again on June 17th. 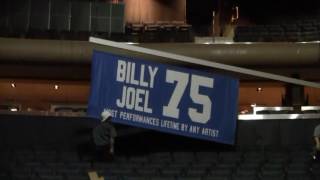