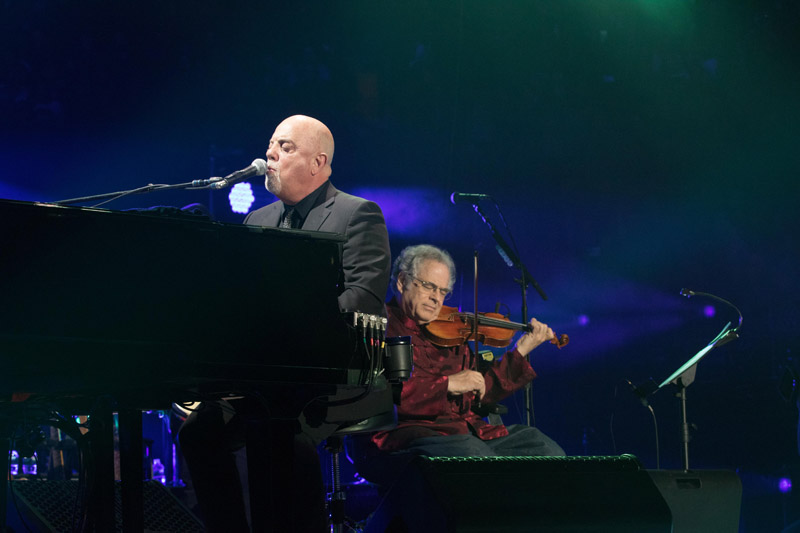 On March 15, veteran rock star Billy Joel played a show at Madison Square Garden, along with his gifted band. The acclaimed singer-songwriter commenced his set with “Miami 2017 (Seen the Lights Go Out on Broadway),” and it was followed by “My Life,” as well as “The Entertainer,” which he dedicated to presidential candidate Donald Trump. He continued with “Vienna,” as images of Vienna were displayed on the giant televised screens. – Examiner.com

Joel brought out his special musical guest, violinist Itzhak Perlman, for a special duet of “The Downeaster Alexa,” which was absolutely flawless. They also did a follow-up collaboration on “Where's the Orchestra?” and “We Didn't Start The Fire.” – Digital Journal