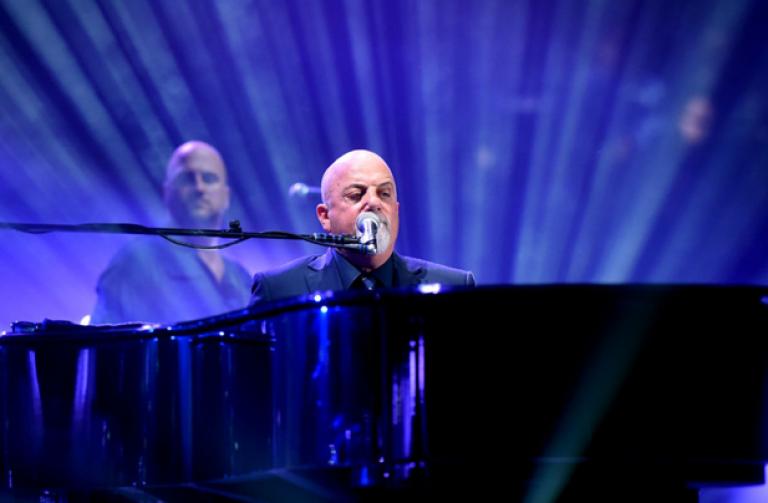 Billy Joel has been the piano man, an angry young man and an innocent man. On Saturday night at Minneapolis’ Target Center, the 66-year-old Rock and Roll Hall of Famer was the charming man. … Saturday night, Joel seemed even more relaxed, cracking jokes and leading the sold-out crowd of more than 19,000 on a spirited trip down memory lane. … A ferocious “My Life” opened the show and led right into “Pressure,” … but Joel brought a real human touch to the proceedings. … He tore through “Scenes from an Italian Restaurant” with the vigor of a guy half his age. – St. Paul Pioneer Press

Even though Joel saved “Piano Man,” his breakthrough hit, until the last tune of the main set, he actually played the piano man all night, inserting snippets of other songs here and there. Somehow he sneaked a pinch of ZZ Top’s “Tush” in the middle of “River of Dreams” and let a roadie named Chainsaw bellow AC/DC’s “Highway to Hell” with Joel on guitar. The piano man even put on his harmonica rack and did a verse and chorus of Bob Dylan’s “Like a Rolling Stone” as an introduction to his own “Piano Man.” … He jumped into the choral doo-wop of “The Longest Time” like he was a teenager harmonizing on a street corner. He blushed when he proudly nailed the high note on “Innocent Man.” – Star Tribune 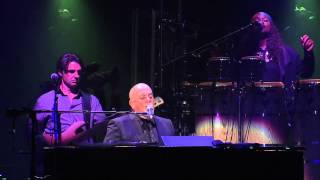 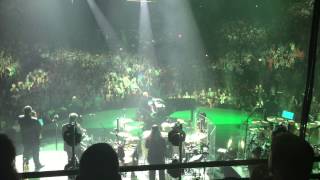