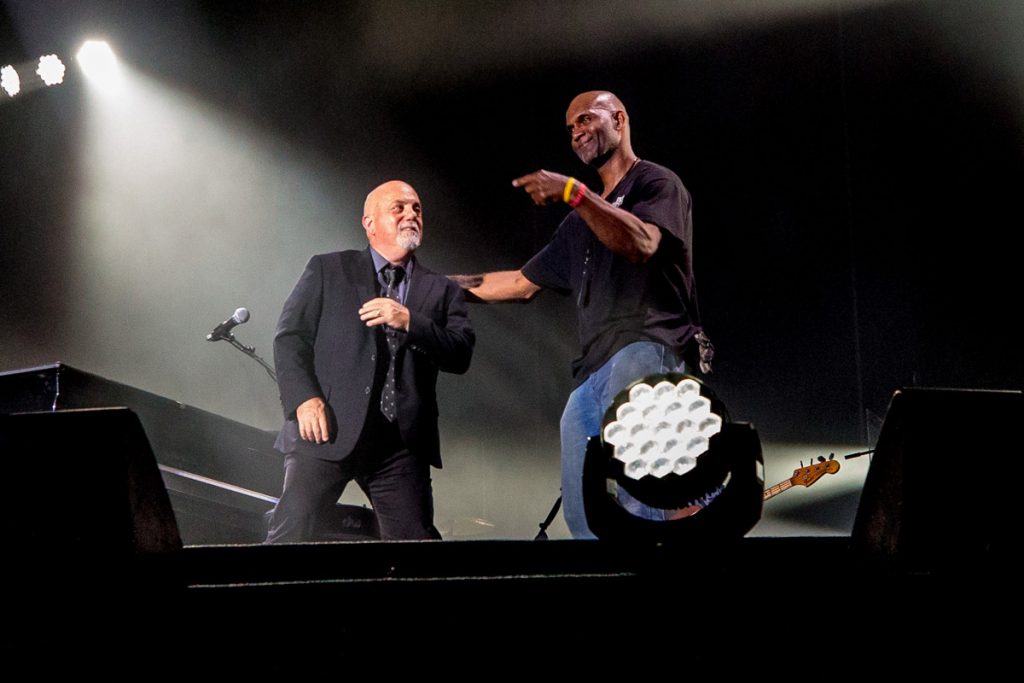 Billy Joel began his latest foray into Cleveland’s hearts Friday night at Progressive Field with strains of the hymn, “Gloria In Excelsis Deo” before launching into the anthemic “My Life.” Talk about a fitting choice, because this was as much a worship service as a concert, and every one of the thousands at the nearly sold-out home of the Indians was there to take communion from Father Billy. And he knows his parish, too – making references to Swingo’s, the legendary hotel for the stars, and delivering piecemeal bits of the song Doris Day sang, “Ohio,” with the lyric “Why did I ever leave Ohio?” – The Plain Dealer

In the night’s classiest move, Joel stopped after “A Day In The Life” to rattle off Indians legend Larry Doby’s impressive career statistics and milestones, including the fact he was the American League’s first African-American player. He then called Doby’s son, Larry Doby, Jr.—who’s been a member of Joel’s crew for decades—to the stage for recognition and applause. A snappy, brief version of “Take Me Out to the Ballgame” followed. “Feels good to be in first place!” Joel added, to the further delight of Indians fans. – Cleveland Scene

Rock and Roll Hall of Famer Billy Joel really hit one out of the park on Friday night. … Interestingly, many deeper cuts made this edition’s set. Quipping that “No Man’s Land” wasn’t a hit, he was going to “try and get through it anyway.” Released on 1994’s River of Dreams, the tune seems more prescient now than when it was first recorded almost twenty-five years ago. “Zanzibar,” from 1978’s 52nd Street, was also a surprise addition. … “Sometimes a Fantasy” was perhaps the highlight of the evening for the diehards; it’s always a treat to hear a few “unsafe” songs that the audience may not know as well as the tunes that got all the radio airplay. In that regard, Joel really went out of his way to make sure the fans got a smattering of his discography. – NEO Music Scene 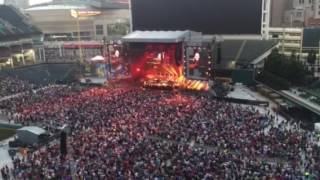