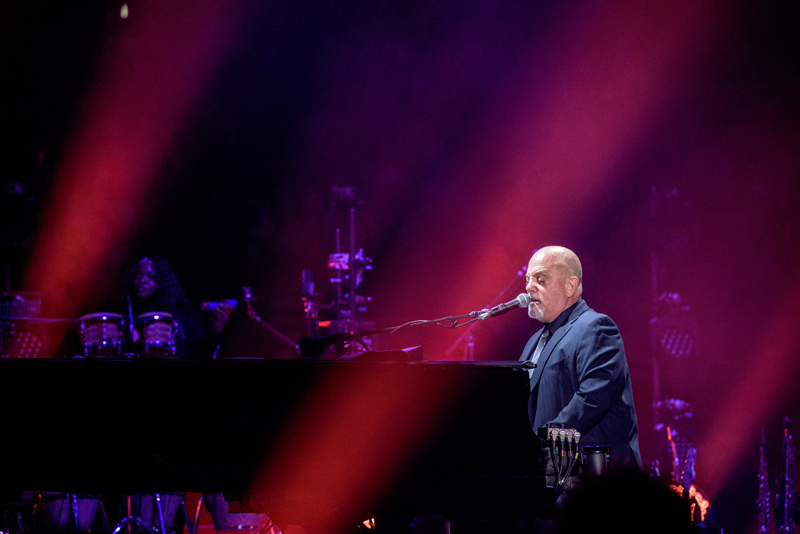 Over the course of two and a half hours Wednesday night at the Pepsi Center, Billy Joel played almost 30 songs and rocked as hard at the end as he did at the beginning. Kicking off with the biting “Big Shot,” Joel ploughed through a succession of his biggest hits, occasionally throwing in lesser-known songs like “Vienna,” after which Joel quipped, “Sometimes you have to play the album songs.” Joel did make a quick nod to politics, dedicating “The Entertainer” to Donald Trump. – The Denver Post

Billy Joel proved he’s much more than just a Piano Man during Wednesday’s show at the Pepsi Center. The crooner immersed audiences in a trip through his musical anthology, which is as varied as his talented band members. Joel looked the part of a seasoned jazz performer in his stiff suit and barren noggin, but his rocker self shone through during renditions of fan-favorite ballads. – 303 Magazine