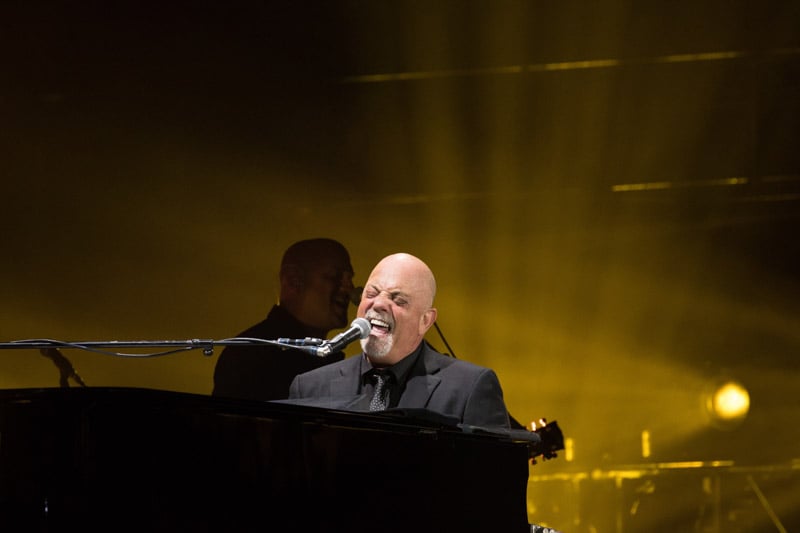 Doors opened at 6:00 p.m. but severe weather cleared the venue 75 minutes later with multiple lighting strikes and 40 mph winds. The audience was instructed to take cover under the ballpark concourses and wait out the summer storm. Unfortunately, Charlie Puth and band had to cancel their opening slot performance due to the dangerous conditions.

At 9:15 p.m. the green light was issued by officials and everyone returned to their seats. Billy hit the stage five minutes later, performing in the rain for 10 minutes when the storm finally stopped. The 24-song set kicked off with “Miami 2017 (I’ve Seen The Lights Go Out On Broadway),” followed by “My Life” and an impromptu version of “Singing In The Rain” to suit the occasion.

Thankfully the rain never returned and a great time was had by all who stayed for the show. “Is the Metro running tonight?” Billy asked near the start of the set. The crowd, which had been warned by stadium brass not to depend on the Metro that night, cheered. “So, basically, you’re f—–,” he added. Worse come to worst, it worked out in the end for Joel’s return to Nationals Park.