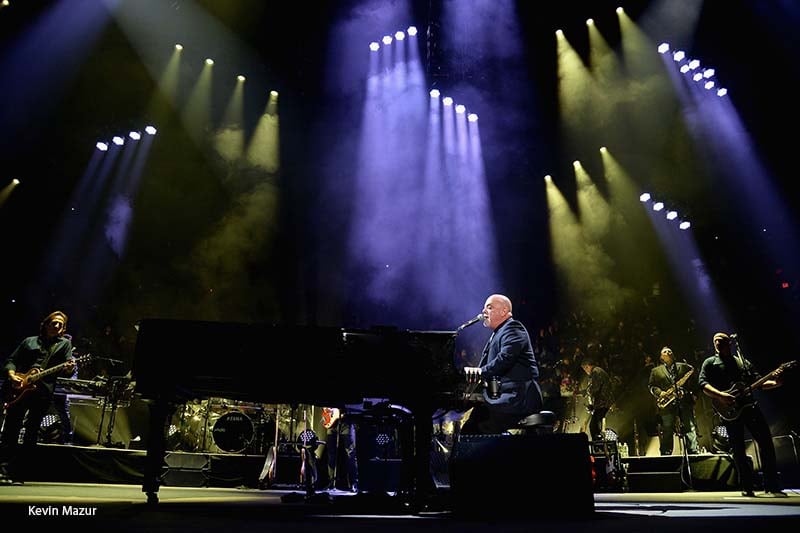 Billy Joel’s final show at the original Nassau Coliseum was one for the ages, a three-hour marathon thrill-ride that touched on nearly every part of his career, as well as the arena’s 43-year history. … But the true skill came in the way the Hicksville native built the show specifically for a Long Island crowd — whether he was talking about fights he had in a Northport restaurant or his first gig at Holy Family Church in Hicksville or his decision to play “Captain Jack,” a song normally reserved for his Philadelphia concerts, because it enable Joel to sing about taking you to “your special island.” – Newsday

All around Nassau Coliseum Tuesday night, the foot traffic halted, five minutes after Billy Joel had played the final chord of “Only the Good Die Young.” Ten minutes. The show had lasted for 3 hours and 7 minutes and the folks craning their necks inside this doomed hockey rink gladly would have stayed for another 3:07. … Billy Joel was the only choice to close this concert hall, of course, because he grew up in Hicksville (exactly 5 1/2 miles away) and has called the East End home for years, and because he lived the life most of us native Islanders live, pining to leave while simultaneously longing to stay. And because so many of the songs he chose Tuesday were filled with the kind of characters we all knew. And know. – New York Post

“I’d like to bring out a fellow Long Islander,” Joel said, describing his guest as “one of the great songwriters of our time.” The place went ballistic when Paul Simon walked out, and they cheered even louder when he played the opening notes to “Me and Julio Down by the Schoolyard.” … He sang a gorgeous duet with Joel on “Homeward Bound.” … An expanded horn section took the stage to help Simon out with a euphoric “Late in the Evening.” … Later Joel brought out another guest, his friend Kevin James, who plunked out the intro to “Miami 2017 (Seen the Lights Go Out on Broadway)” before Joel surged through the whole track. – Rolling Stone

Long Island said goodbye to the Old Barn Tuesday night, as Billy Joel played his 32nd — and final — show at Nassau Veterans Memorial Coliseum. Of course, the evening was more than just a celebration of the Hicksville native, playing his first solo show here in 17 years. It was a raucous, rowdy love-in tinged with sadness for the soon-to-be-renovated arena — as well as for its beloved Islanders, who are heading west to Brooklyn. … The popular Joel tribute band Big Shot with Michael DelGuidice, of Sound Beach, opened the show — a true nod to Long Island culture, and a way to pass the torch. … For the anthemic “Goodnight Saigon,” several military men came out on stage as Joel played. The song ended with thunderous shouts of “USA!” – Newsday

So how did Mike DelGuidice land the chance to open one of the biggest concerts in Nassau Coliseum history? … DelGuidice says he was playing cards in the Billy Joel Band dressing room two weeks ago before they played M&T Bank Stadium in Baltimore when Brian Ruggles, Joel’s longtime sound engineer had the idea. … A few days later, Ruggles called DelGuidice and told him Joel loved the idea. “I was beyond thrilled,” DelGuidice said. – Newsday

Joel, who has performed at the venue 31 times over the course of his career, will give the ailing arena a fitting sendoff with a final sold-out concert before it closes for a massive $130 million renovation. … But first there’s Billy to look forward to. “It’s what Long Island wanted. It’s what the fans wanted. There was no other choice,” said Brett Yormark, the CEO of Barclays Center, who is heading up the project. “Billy is Mr. Long Island.” – New York Daily News 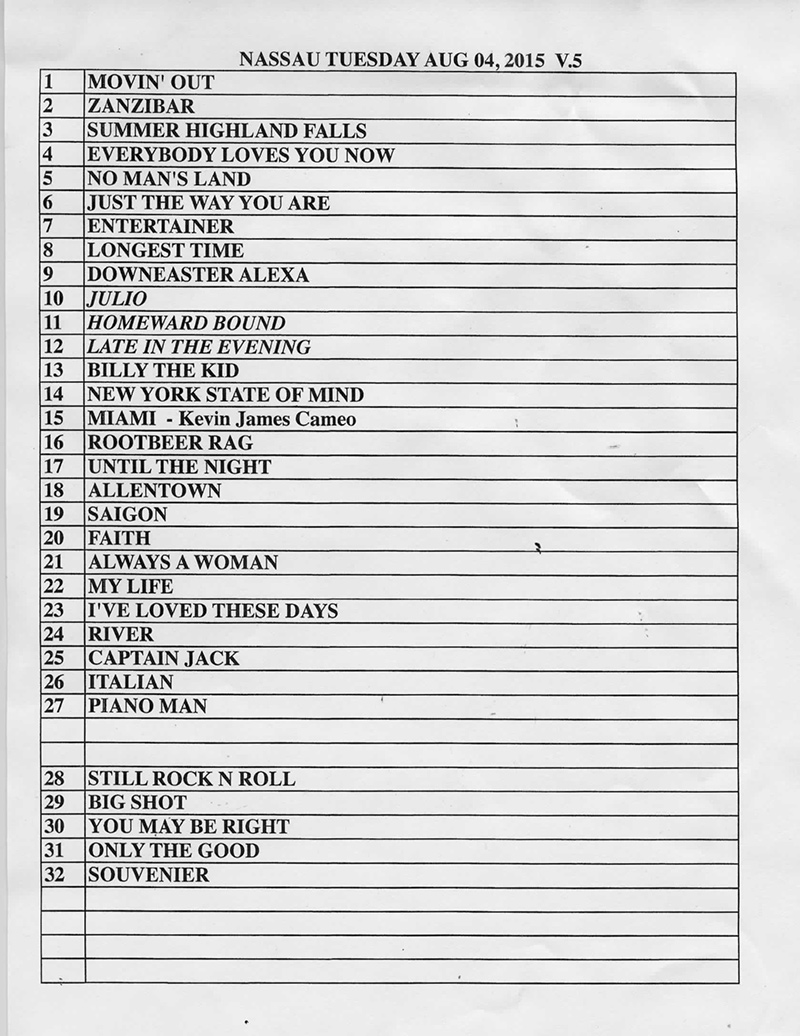