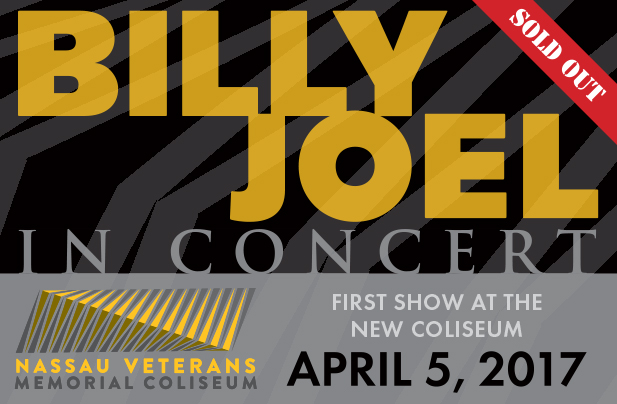 Billy Joel’s concert was the first after the $165 million, 20-month renovation of the NYCB Live’s Nassau Veterans Memorial Coliseum, and he gave its sound high marks as he rolled through songs he rarely plays anywhere else. … The two-hour, 50-minute show was remarkably well-planned. Joel played 33 songs to commemorate the 33 times he has now played The Coliseum, which was the first arena he ever played 40 years ago. Throughout the show, Joel was in fine voice, taking more vocal chances than usual in songs like “New York State of Mind.” – Newsday

He also brought on some special guests. One was fellow Long Island rocker Joan Jett, who joined Billy and his band for her hits “I Hate Myself for Loving You” and “I Love Rock and Roll.” Another Long Island celebrity, Billy’s pal Kevin James, came out during “She’s Got a Way” and performed a comically terrible interpretive dance with Leah Remini. After Leah pretended to get fed up with Kevin’s pathetic attempts at dancing, she brought out Tony Dovolani — her pro partner from her time on ABC’s Dancing with the Stars, while James danced romantically with a huge hero sandwich. James returned towards the end of the show to clown around during “You May Be Right.” The most touching moment, though, came when Billy brought on a large group of local veterans to sing on his Vietnam War elegy “Goodnight Saigon.” “Let us not forget,” Billy said, “This is the Nassau Veterans Memorial Coliseum.” He made sure to warmly greet each veteran and shake their hands. – WJBD Radio

Joel let the audience decide whether or not he’d play his 1977 hit “Just the Way You Are” or the album cut “Vienna.” “Vienna” won in a landslide. In Long Island, there really is no such thing as a Billy Joel rarity. The place showed as much euphoria at the prospect of hearing “Sleeping With the Television On,” “Sometimes a Fantasy” and “The Entertainer” as they did for “My Life” and “The River of Dreams.” There was also no shortage of songs about Long Island, including “No Man’s Land” (the greatest song in rock history that references Amy Fisher), “The Downeaster Alexa” (“I took on diesel back in Montauk yesterday …”) and, of course, “Scenes From an Italian Restaurant,” which is basically the official song of the island. They should sing it at all sports games right after the National Anthem. – Rolling Stone

For much of the concert, it seemed like it was going to be a “Vienna” kind of night. Billy Joel has scored 13 top ten hits on the Billboard Hot 100, but it took him 15 songs to actually get to one of them on Wednesday — instead, fans were treated to lesser-known gems like the Steely Dan-tastic “Zanzibar,” the gut-wrenched new wave of “All for Leyna” and the galloping, bilious early jam “Everybody Loves You Now.” It was a commendable show of trust between performer and audience, Joel diving into the vault because he was confident his hometown fans could handle the depths, and the crowd maintaining their energy throughout. – Billboard 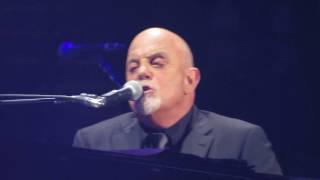 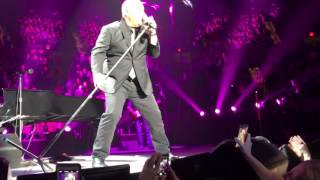 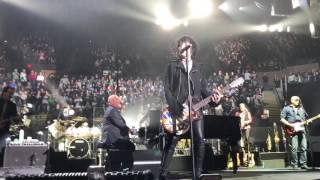