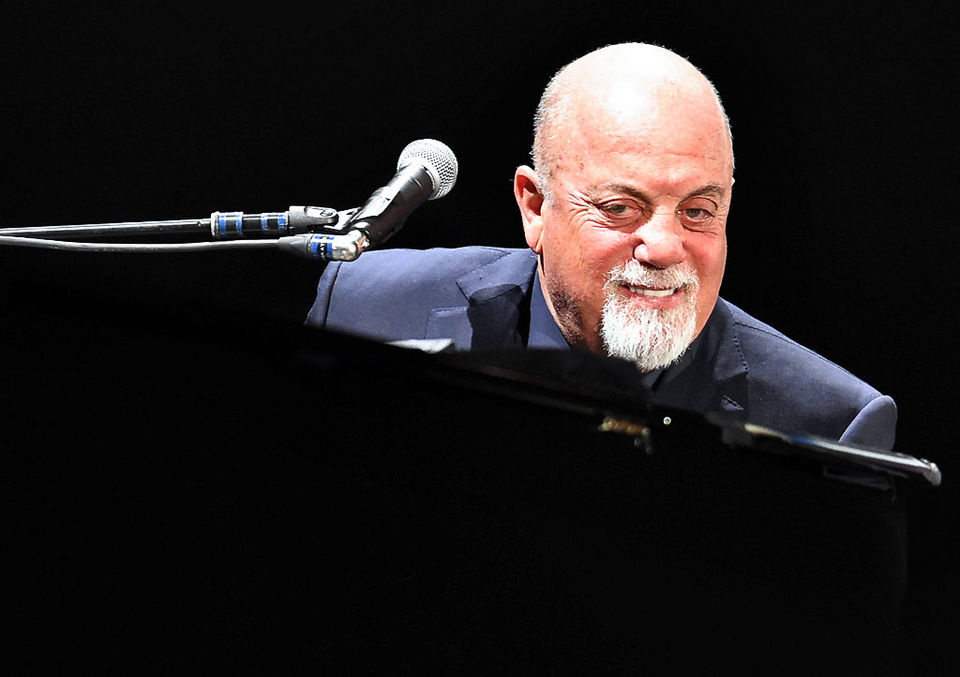 Billy Joel is a brilliant songwriter — one of the best of a generation. But his most remarkable skill proved his ability to make a cavernous concrete shell twice the size of the Garden feel intimate. Joel was playing a room notorious for its awful acoustics (“There's a bit of an echo in here,” he joked. “If you come back tomorrow you can probably hear the show.”) Friday, though, he performed with a calm and ease that only comes from five decades as an entertainer. … He even halfheartedly tried to collapse the Dome. “This is an air dome,” he mused before asking everyone to inhale at once. He glanced at the ceiling nervously. “It's very well built.” – Syracuse Post-Standard

Billy Joel smiled humbly as a large orange banner with a number 7 and his name dropped from the top of the stage. The Piano Man rocked his 7th show at the Carrier Dome on Friday night, making him the leader of most performances played at the venue. … Joel played on his rotating piano for most of the two-hour performance, but opened his set by strutting on the stage with a red electric guitar in hand and singing “A Matter of Trust.” He sang hits such as “Piano Man,” “New York State of Mind” and “The River of Dreams” for the more than 37,000 people in the stadium, but kept his show personal the entire night. – The Daily Orange

Gomez Adams is a DJ for TK99, Syracuse’s classic rock station. At the start of the show, he unveiled the banner that commemorated Joel’s record-breaking seven performances at the Dome. He told the crowd that he was honored to be on the stage with Joel. In fact, after Joel introduced him, he said that it was “the coolest thing that ever happened to me.” Joel responded with “You’ve got to get out more.” – NewsHouse

If you live anywhere in the Central New York region, then you know damn well that Mr. Joel played the Dome last night. A Billy Joel concert is an event. His shows are the ones that your parents would take you to on weeknights during the school year. His shows are family affairs, and you know going in pretty much exactly what you’re going to get from one. … Billy is the only person alive who can make a stadium full of 37,000 people from all over the world all feel like they’re from New York for a few hours, and that’s something special. – 20 Watts Magazine

In his record-breaking seventh performance at the Carrier Dome, Billy Joel had fans on their feet, dancing and singing to some of his biggest hits. … Because the concert is the only one scheduled in New York State for Joel this year, outside of his series at Madison Square Garden, fans drove miles to make it. … Many sang along and danced to those hits, as Joel's spinning piano mesmerized the crowd and gave everyone in the “Loud House” a good seat. – Time Warner Cable News 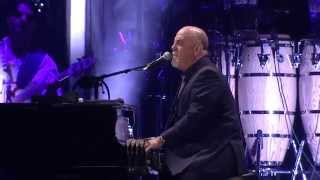 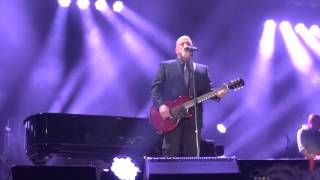