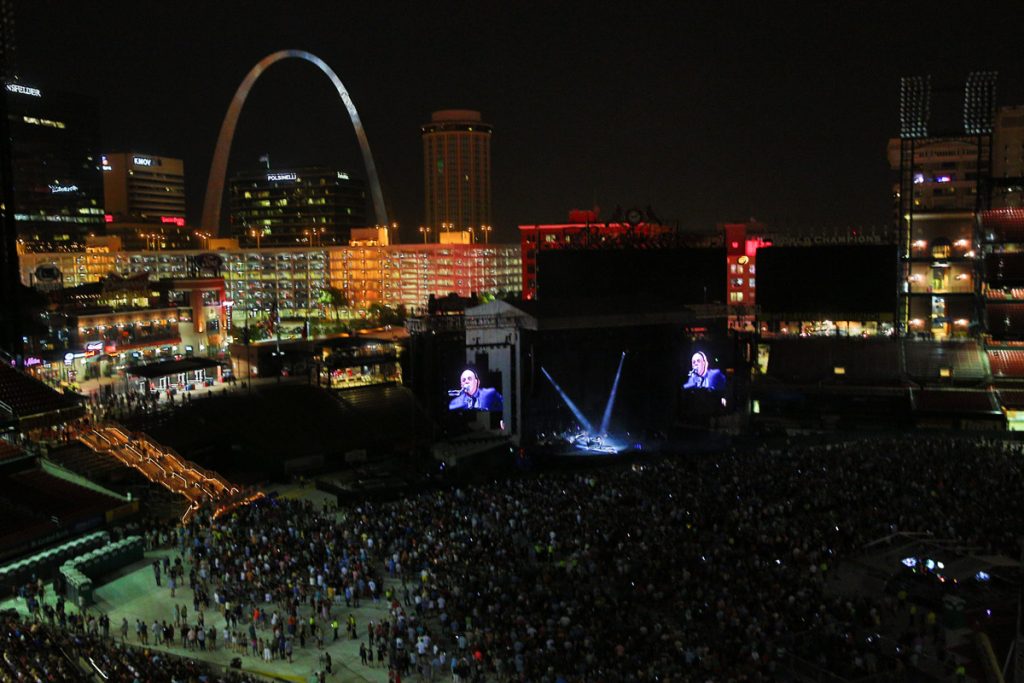 Billy Joel managed to sell out Busch Stadium — drawing a crowd of 40,000-plus — thanks to the enduring appeal of his deep catalog and the fact that he can still deliver a strong, satisfying 2½-hour show.

“Hello, St. Louie. Glad you made it. I heard things have been a little tense around here,” Joel said early on, addressing unrest following a judge’s decision not to convict a former St. Louis police officer of murder. A protest underway outside the stadium did not disrupt or delay the concert.

… Musically, Joel delivered just the kind of performance that is wanted in a baseball stadium, with the starting nine — Joel and his eight-piece backing band — delivering hit after hit after hit.