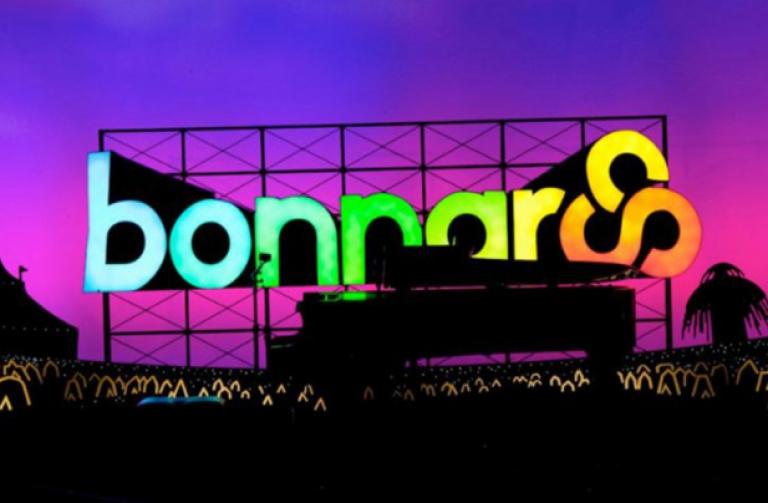 The Piano Man knows a thing or two about sending huge crowds of people home happy. … The hits were predictably great, but sharing in Joel's whimsical stage presence was an absolute treat. Watching Joel wield a flyswatter and say things like “I'll get him next time” and then pick up a guitar and rock out “We Didn't Start the Fire” is life-affirming in an awesome way. Earlier, he called out his 34-year veteran roadie “Chainsaw” to cover AC/DC's “Highway to Hell” with him and presented it as a novelty, though YouTube proves he's done it a bunch of times before. Still, though — watching Billy Joel strut around a stage with a red Gibson while wearing a suit, alongside a tatted-up, middle-aged tough guy roadie in shorts with a formidable belly was a trip for all involved, and proves the 66-year old knows what “going viral” means. – Billboard

The seasoned vet and six-time Grammy winner eased into a two-hour set that saw him reach all the way back to 1971 for “Everybody Loves You Now” and then dig out hit after hit. He played his first ever chart-topper, “Piano Man,” as well as “Uptown Girl,” “She’s Always A Woman,” and “It’s Still Rock and Roll To Me.” Appropriately, the crowd welcomed them all with massive reactions…. Joel hasn’t put out new material in 20 years, but based on the palpable delight that seemed to reach festival-goers of all ages, he’ll never actually need to again. Timeless songs are as fun to sway, cheer, and groove to today as they were in 1973 when he first hit the charts. – Entertainment Weekly

Billy Joel is eternal. Bonnaroo could not have picked a better headliner. … He's funny and matter-of-fact and a little acerbic, able to see and, more importantly, appreciate the ridiculousness of his life. He knows how fun his concert is, and he seems to take joy in the effortlessness with which he can entertain an impossibly large crowd of people. … The true moment that captured the power of Billy Joel, that gave me chills, that made Bonnaroo float off into space and feel realer than anything had ever felt, came in the last song before the encore. Billy Joel played the inevitable: “Piano Man.” If it's not the greatest song ever written then it's certainly among top five. It captures such a specific experience, yet it is totally universal. It's a song about solitude that demands a group chorus. It transforms the loneliness of its characters, who have found that this bar is better than drinking alone, into togetherness for its listeners. It is alchemical, and its gold is the beauty of life itself. – Noisey

As expected from one of the few artists alive capable of selling out New York's Madison Square Garden on a monthly basis, Joel was more than up to the task of headlining, and his crowd-pleasing two-hour, 21-song performance served up the perfect blend of crowdwork, spectacle and generation-bridging. Going into Sunday night, the big question was whether Joel would orient his set list for the Bonnaroo crowd or if he'd stick to the mix of classics and deep cuts that he presents on his sporadic arena gigs. The answer was a little of both: After the opening salvo of “My Life” and “Pressure,” Joel dipped into a string of non-singles (“Everybody Loves You Now,” “Zanzibar,” “All for Leyna”), but after festivalgoers weathered those lesser-known cuts, he dropped hit after hit after hit, including a one-two punch of “Scenes From an Italian Restaurant” and “Piano Man” that closed out the main set before his the encore. – Rolling Stone

After hosting 96 hours of live music — and every sound and sight imaginable — the 2015 Bonnaroo Music & Arts Festival boiled down to a man, a piano and three decades of pop classics. On Sunday night, Billy Joel closed the 14th annual festival in Manchester, Tenn., with a dependable set of hits, from “Piano Man” to “River of Dreams.” It had been a while since the Rock and Roll Hall of Famer witnessed a scene like this: a field of tens of thousands, most in their 20s, greeting him loudly as took the stage. … As the lantern balloons — a regular sight at Bonnaroo's closing concerts — took flight from the crowd, he had to stop and stare. … He turned back to his piano, and plunked out the themes to “The Twilight Zone” and “Star Wars” as they ascended. … Joel is one of pop's great chameleons, a fact that was showcased early on with songs that owed to Bob Dylan (“Everybody Loves You Now”) and Steely Dan (“Zanzibar”). – The Tennessean

Taking the What Stage as all of the festival’s other stages had wrapped up, Joel had the festival to himself, with fans lined up as far as the eye could see. The set basically played as a greatest hits collection. … All in all, Joel provided a solid ending to what is increasingly becoming one of the most eclectic music festivals around. The latest in a string of old-school legends taking the main stage, Joel added to Bonnaroo’s growing reputation as a celebrator of great music that doesn’t believe in age discrimination. – American Songwriter

The man. The legend. The voice. Billy Joel was the last performance of the night, and he closed the 2015 Bonarroo festival like the icon that he is. His set was over two hours, and to be quite honest- no one would have complained if he played all night. … Joel put his exclamation mark on the festival, and we are glad we were there to witness it. – FDRMX